When I submitted my first picture book manuscript I knew nothing about the industry, I just knew I wanted to write picture books. I'd proved I could write non-fiction as I'd had features and non-fiction books published. However picture books was one of those bucket list things, so I decided to give it a go. Not surprisingly I received a lot of rejections and along with some of those rejections I received a little advice from editors (which is uncommon, they simply don't have the time, so their comments were much appreciated). So I decided to study and signed up for a distance writing course. I started to submit my work and although I received positive feedback I also received notes, similar to those I'd received from editors.

So in the spirit of sharing here are the five rules I've drawn up based on the feedback I've received over the years.

Don't write about things considered to be 'adult' topics things like death, disability, bullying etc. So nothing like Gilbert the Great which deals with the lose of a friend - that'd never reach the shelves.


If you want your story to be published then it should have a 'proper' story arch with a beginning, middle and end. One where your character changes, gains or learns something. So a book where you make choices on behalf of the character would never get published.
Rule five:


Your story should always have a happy ending. Leave your reader feeling positive. There's enough sadness in the world, so you don't have to introduce it to young readers in a book.


So now you know the rules guess what? Go on break them! If it worked for these authors then it might work for you.

Mmmm what rule can I go and break?


Now for a blatant plug: 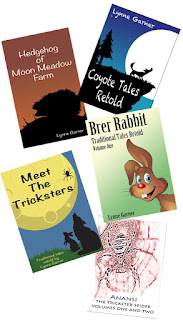 No Kindle? No Problem